The thirst for Tanakh (Bible) studies in Spanish continues to grow and spread throughout Latin America and the Spanish-speaking Jewish world, encouraged by Spanish Tanakh education pioneer Rabbi Shmuel Kornblit from Herzog Global.

Shmuel’s November tour of Latin America was sponsored by Herzog-UnitEd, who also subsidize Herzog’s Spanish-language programs. These currently include the Rimonim teacher training certificate courses, 13 semester-long online professional development courses, and workshops for teachers in how to use Herzog’s digital Tanakh teaching resources, which are the first of their kind in Spanish.

In Panama, Shmuel met with the Chief Rabbi and visited four schools, where he presented the courses and materials that were most appropriate to each of them. The Jewish community in Venezuela particularly appreciated Rav Kornblit’s visit, as it is difficult for foreigners to enter the country and it has no diplomatic relations with Israel. Teachers at the two Jewish schools were excited to learn about the digital tools that they can use to enhance their Tanakh classes. They were interested in further courses to improve their Hebrew and pedagogy.

In Mexico City, Shmuel visited the Montessori school Beit HaYeladim where almost 20 teachers have signed up to participate in Herzog Global’s online courses, and the Magen David School to meet with a number of current students on the Rimonim program. He also met with leaders of the Mexican Halabi (Syrian) community, and with representatives of the secular Tarbut school, who are also interested in participating in Herzog’s programs.

During his visit to Mexico, Shmuel ran professional development sessions for teachers at several Jewish schools. He met with past participants in the international Hidon HaTanakh competition who assist students who wish to study for and participate in the competition. Shmuel also shared source sheets in Spanish to a group of young people who gather to learn Tanakh with Rav Moshe Chikorel, Chief Rabbi of the Sephardi community in Mexico City.

On Shabbat, Rav Kornblit spoke at several synagogues about the Spanish website tanaj.org and the impact it is having on Spanish-speaking Jews around the world. He was also interviewed about the website for the TUTORAH television station. Further meetings with various Jewish organizations and educational institutions in Mexico confirmed the respect that they have for the website and Herzog’s professional development programs in Spanish, and Shmuel hopes that this will lead to further support and collaborations.

On his way back to Israel, Shmuel visited the Jewish school HaTikva in Barcelona, Spain. There he ran a four-hour professional training session for the school’s Judaic Studies staff about Herzog’s Tanakh tools in Spanish and Hebrew. The school principal thanked him for breaking his journey in Spain to visit them, and expressed the hope that he would do so again.

Back in Israel, Rabbi Kornblit is now planning the winter seminar that will mark the end of the Rimonim teacher training course in Spanish. teachers from five countries will be touring Israel and meeting leading Jewish educators, to complete the course and reinforce the online learning that they have been doing over the past 12 months. We look forward to welcoming them to Jerusalem. Bienvenidos! 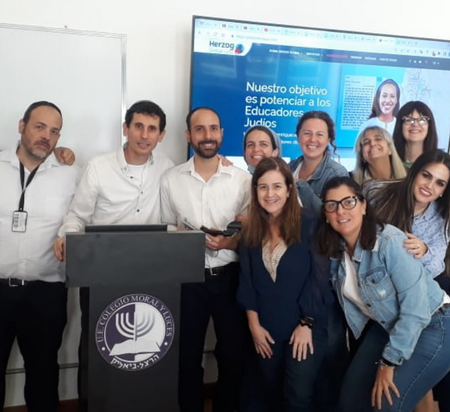 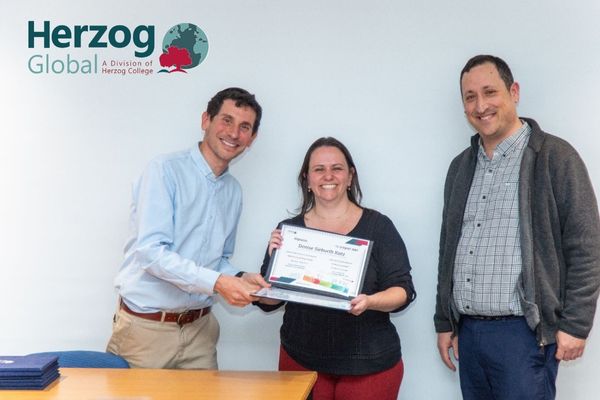 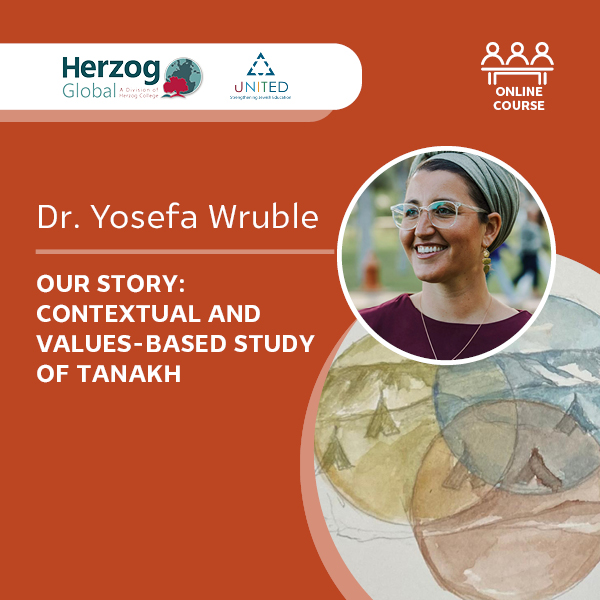 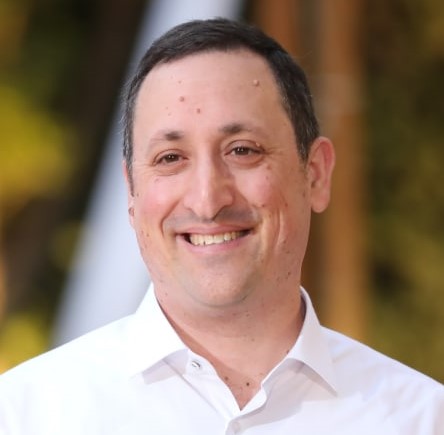 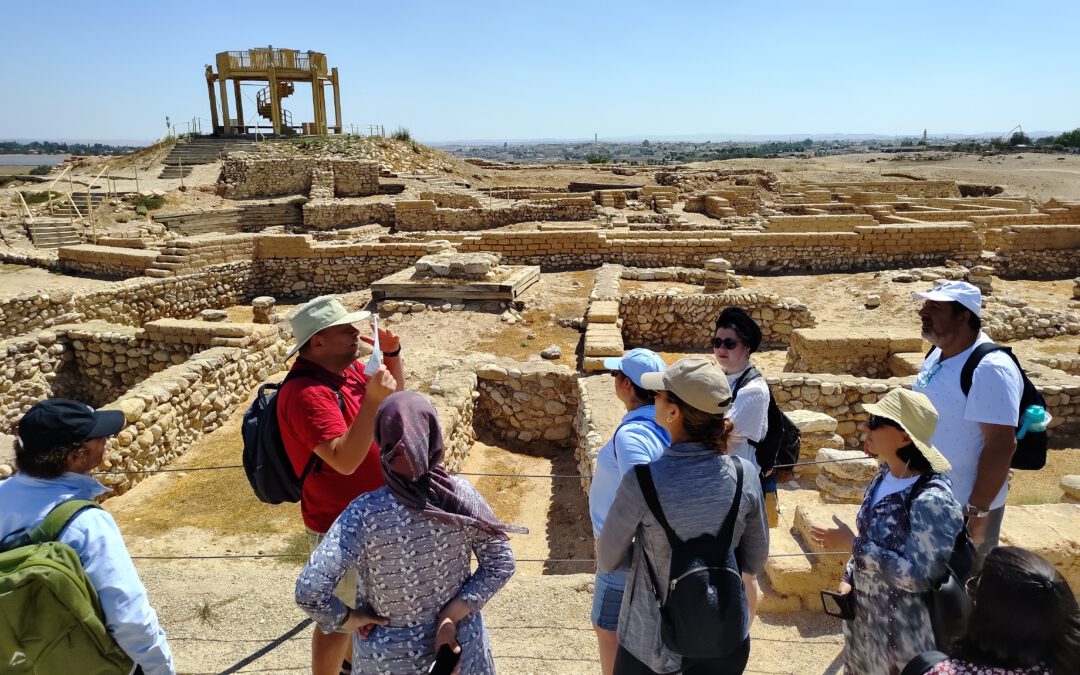 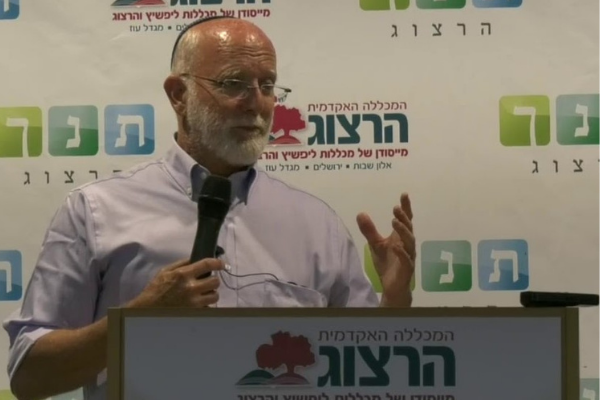 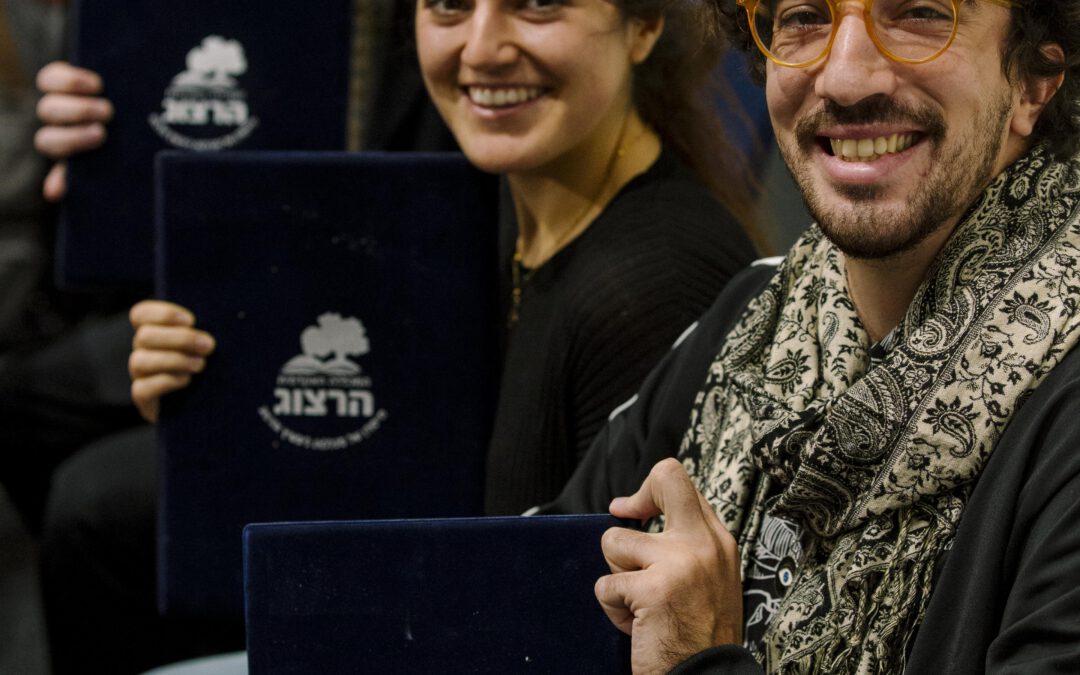 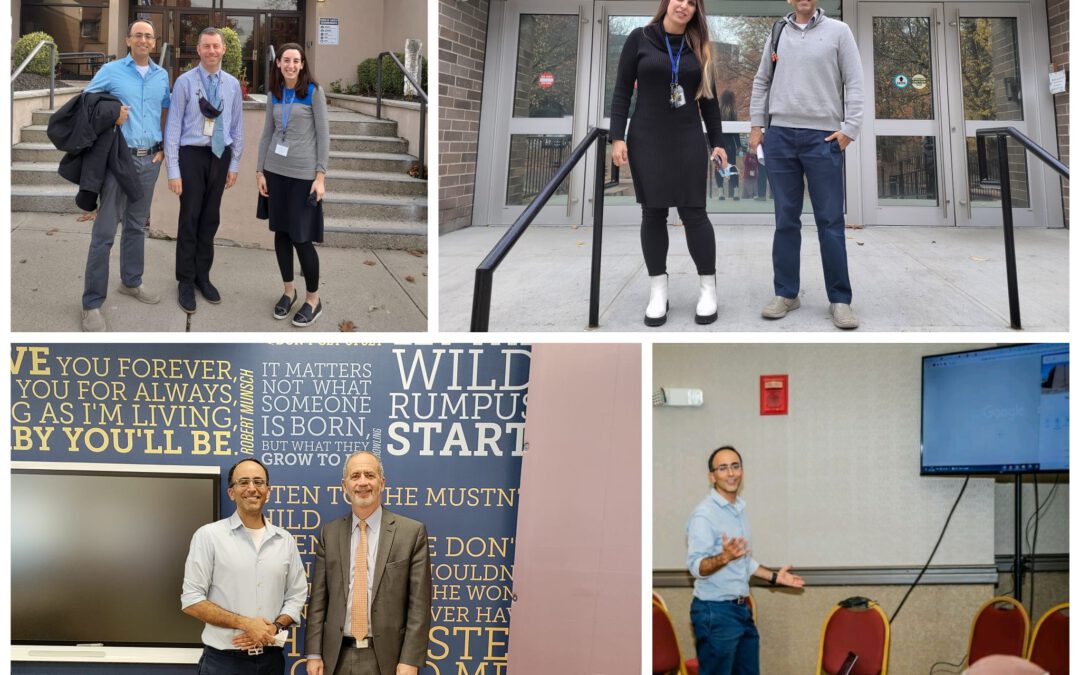 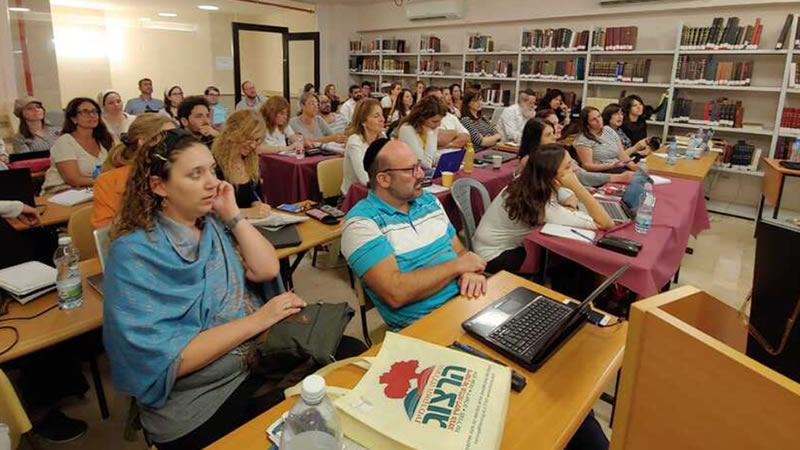 Teaching around the world 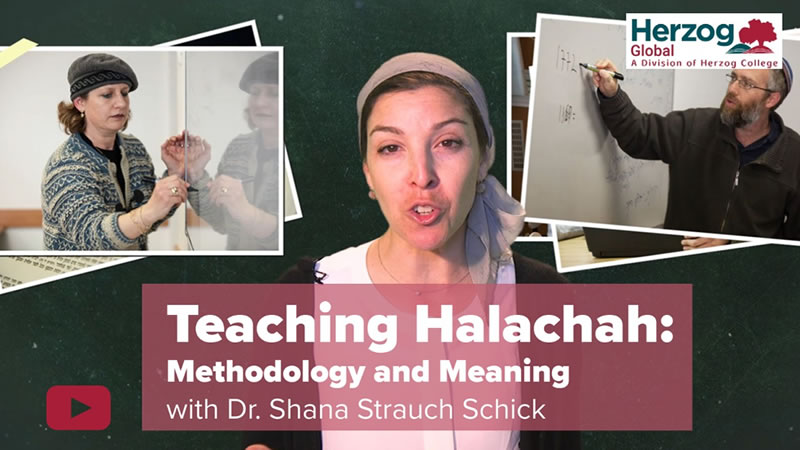 Teachers Head Back to School

We use cookies on our website to give you the most relevant experience by remembering your preferences and repeat visits. By clicking “Accept”, you consent to the use of ALL cookies.
We do not sell or give any personal information to third parties..
Cookie SettingsAccept
Manage consent

This website uses cookies to improve your experience while you navigate through the website. Out of these, the cookies that are categorized as necessary are stored on your browser as they are essential for the working of basic functionalities of the website. We also use third-party cookies that help us analyze and understand how you use this website. These cookies will be stored in your browser only with your consent. You also have the option to opt-out of these cookies, but opting out of some of these cookies may affect your browsing experience.
Necessary Always Enabled
Necessary cookies are absolutely essential for the website to function properly. These cookies ensure basic functionalities and security features of the website, anonymously.
Functional
Functional cookies help to perform certain functionalities like sharing the content of the website on social media platforms, collect feedbacks, and other third-party features.
Performance
Performance cookies are used to understand and analyze the key performance indexes of the website which helps in delivering a better user experience for the visitors.
Analytics
Analytical cookies are used to understand how visitors interact with the website. These cookies help provide information on metrics the number of visitors, bounce rate, traffic source, etc.
Advertisement
Advertisement cookies are used to provide visitors with relevant ads and marketing campaigns. These cookies track visitors across websites and collect information to provide customized ads.
Others
Other uncategorized cookies are those that are being analyzed and have not been classified into a category as yet.
SAVE & ACCEPT

Our students’ lives are complex and filled with a range of struggles.  In our Limudei Kodesh classrooms, we have the opportunity to build students’ emotional strength and their personal connection to the Torah by focusing on the Biblical narrative’s insights into personal development and emotional experience.  In this session, we will explore approaches to integrating serious Tanakh and parshanut study with a perspective that foregrounds students’ emotional worlds.  We will discuss examples of important themes that can be developed through Tanakh study, such as: guilt and shame, development of personal identity, and the nature of grief and joy, with an eye to developing a methodology for curriculum planning that incorporates awareness of high school students’ emotional reality. 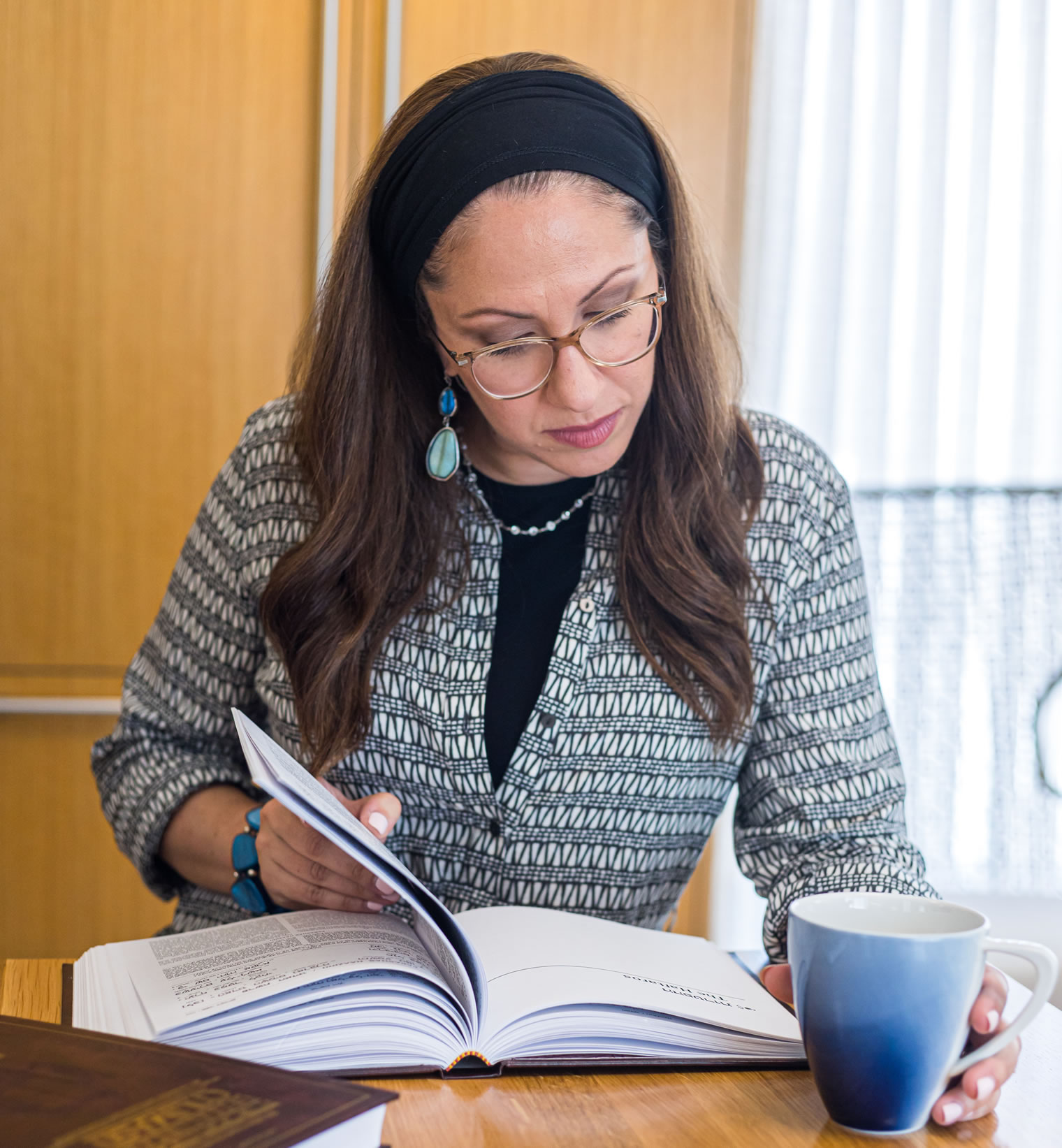